The 13th edition of the “comprehensive” version of the atlas included a number of revisions made for reasons of environmental change since the previous one, published in 2007.The break-up of some Antarctic ice shelves due to climate change, the shrinking of inland waters such as the Dead and Aral Seas, and the drying up of rivers such as the Colorado River are all documented.

But the glossy publicity sheets begin with the contention that “for the first time, the new edition of the (atlas) has had to erase 15% of Greenland’s once permanent ice cover – turning an area the size of the United Kingdom and Ireland ‘green’ and ice-free.“This is concrete evidence of how climate change is altering the face of the planet forever – and doing so at an alarming and accelerating rate.”

The Scott Polar group, which includes director Julian Dowdeswell, says the claim of a 15% loss in just 12 years is wrong. 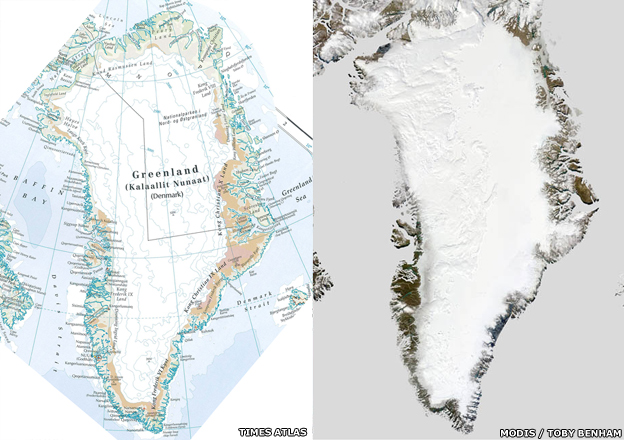