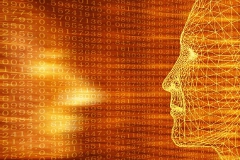 Pope Benedict XVI gave an impressive address on the role of technology and the shaping of our current world. In a sense, this blog has much to do with a reflection on the role of technology and the new means in which to get a message across. While technology presents many opportunities it also presnets certain threats, and one of the biggest is with regards to Truth, one of the central points of Pope Benedict’s Magisterium. Here some extracts, but I recomend you read the entire speach:

One thought on “The Role of Technology”