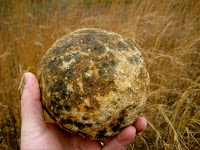 Since Lynn White crystallized the idea that Christianity is responsible for environmental problems in the late 60’s, the idea has achieved widespread credence in the context of an increasing agnosticism and atheism. There are two recent, indirect, responses from the Vatican on this issue. The first is a commentary by Pope Benedict XVI on the passage (Mt 4, 3) when the devil tempts Jesus to turn stone into bread. The Pope’s reflection centers on the temptation of mankind of trying to achieve his desires without God, surrendering to power and his own economic achievements. This leads to destruction, and environmental destruction. For bread, we need God, it is a gift, and so is life and most of what is most valuable. We have forgotten this dimension of gift, and we have forgotten God. Also key to this is the connection of a spiritual life and the care for the poor. Below the key passages:

man often falls into the illusion of being able to “transform the stones into bread.” After having put God aside, or having tolerated him as a private choice that must not interfere with public life, certain ideologies have aimed at organizing society with the force of power and the economy. History shows us, tragically, how the objective of ensuring development, material well-being and peace to all, doing without God and his revelation, has resulted in giving men stones instead of bread. Bread, dear brothers and sisters, is the “fruit of man’s work,” and enclosed in this truth is all the responsibility entrusted to our hands and to our ingeniousness; but bread is also, and even first “fruit of the earth,” which receives from on High sun and rain: It is a gift to be requested, which takes away all arrogance and makes us invoke with the trust of the humble: “Father (…), give us this day our daily bread” (Matthew 6:11).

The 2,000-year history of the Church is studded with men and women saints whose life is an eloquent sign of how in fact from communion with the Lord, from the Eucharist a new and intense assumption of responsibility is born at all levels of community life; born hence is a positive social development, which has the person at the center, especially the poor, the sick and the straitened. To be nourished by Christ is the way not to remain foreign and indifferent to the fortunes of our brothers, but to enter into the very logic of love and of gift of the sacrifice of the Cross; he who is able to kneel before the Eucharist, who receives the Lord’s body cannot fail to be attentive, in the ordinary course of the days, to situations unworthy of man, and is able to bend down personally to attend to need, is able to break his bread with the hungry, share water with the thirsty, clothe the naked, visit the sick and imprisoned (cf. Matthew 25:34-36).

The other response is a document by  Archbishop Dominique Mamberti to the UN on religious freedom, and the attacks on religious liberty, not only in extreme versions, but on the mutilations in the West. Deep connections are drawn between the incompatibility of true religious liberty and the current ideologies of relativism and post-modernism.

religious freedom cannot be restricted to the simple freedom of worship, although the latter is obviously an important part of it. With due respect to the rights of all, religious freedom includes, among others, the right to preach, educate, convert, contribute to the political discourse and participate fully in public activities.

Nor is true religious liberty synonymous with relativism or with the post-modern idea that religion is a marginal component of public life. Pope Benedict XVI has often underscored the danger of a radical secularism that relegates,a priori, all kinds of religious manifestations to the private sphere. Relativism and secularism deny two fundamental aspects of the religious phenomenon, and hence of the right to religious freedom, that call for respect: the transcendental and the social dimensions of religion in which the human person seeks to be related, according to the dictates of his conscience, to the reality, so to say, above and around him. Religion is more than just a private opinion or Weltanschauung. It always has an impact on society and its moral principles.