Here are a few highlights from the last week, which I will briefly post and add links. First the title: “Water and blood” because the first highlight comes from the Pope’s recognition of the importance of the World Water Day event; and blood from his reflection on the New Evangelization – with plenty in between. Below the different themes, links and quotes: 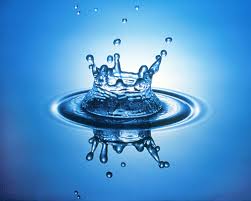 1. Water: This came from the Pope’s Sunday Angelus about Jesus and the desert. He mentioned the importance of water, a recurring themes in his pontificate and the Church’s social and environmental concerns. It was at a similar event in Zaragoza when he stated the Catholic position on the “intrinsic value” of created things – an often debated and polarized issue among many environmentalists who can only consider a position that subscribes to either instrumental value or an intrinsic value of nature, never both. The Catholic position recognizes both the intrinsic value of creation and the greater dignity of humankind, giving creation an instrumental value as well. Below the Angelus text:

Yesterday was the conclusion, in Marseilles, of the sixth World Water Forum and next Thursday will be observed the World Water Day, which this year underscores the fundamental link between such a precious and limited resource and food security. I hope that these initiatives contribute to guaranteeing equal, secure and adequate access to water for everyone, promoting in this way the rights to life and nourishment of every human being, and a responsible and solidary use of the goods of the earth, for the benefit of present and future generations.

2. Mary’s availability: This week Pope Benedict XVI gave a masterful catechesis on the role of Mary in prayer. If reconciliation is the key to solving the rupture with creation, a Jesus is the reconciliation himself, then encountering Jesus takes center stage. The one who teaches us the path to Jesus is Mary, with her full availability. This is a term very close to my spirituality and vocation, the Pope actually says “complete availability”:

Mary quietly followed her Son’s entire journey during His public life, even to the foot of the Cross; and now she continues in silent prayer to follow along the Church’s path. At the Annunciation in the home of Nazareth, Mary welcomes the angel of God; she is attentive to his words; she welcomes them and responds to the divine plan, thereby revealing her complete availability: “Behold, the handmaid of the Lord; let it be to me according to your word” (cf. Luke1:38). Because of her inner attitude of listening, Mary is able to interpret her own history, and to humbly acknowledge that it is the Lord who is acting.

3. The silence of God: In the previous weeks catechesis he also mentioned the importance of prayer and learning how to deal with the silence of God. This silence can be found in nature as well.

…often in our prayer, we find ourselves before the silence of God; we experience a sense of abandonment; it seems to us that God is not listening and that He does not respond. But this silence of God – as Jesus also experienced – is not a sign of His absence. The Christian knows well that the Lord is present and that he is listening, even in the darkness of suffering, rejection and solitude. Jesus reassures the disciples and each one of us that God knows well our needs at every moment of life. He teaches the disciples: “In praying do not heap up empty phrases as the Gentiles do; for they think that they will be heard for their many words. Do not be like them, for your Father knows what you need before you ask Him” (Matthew 6:7-8): an attentive, silent, open heart is more important than many words. God knows us intimately, more deeply than we know ourselves, and He loves us: and knowing this should suffice…. The prayer of Jesus indicates to us who are often preoccupied by the efficiency of our work and the concrete results we achieve that we need to stop and to experience moments of intimacy with God, “detaching ourselves” from the daily din in order to listen, to go to the “root” that supports and nourishes life.

4. Educational emergency: In an address on the occasion of the annual Course on the Internal Forum organized by the Apostolic Penitentiary, the Pope drew connections between the need for confession and the New Evangelization. This was because of how the New Evangelization requires that people be open to the truth, and confession ” begins with a look at one’s actual condition in life” and opens our hearts. This rings so true when one looks at the hardness of heart and mind in academic settings among professors and students who shut themselves out to the truth, starting with a lack of truth about themselves. Humility was a central theme of his lectio divina to priests this year.

In an age of educational emergency in which relativism is calling into question the very possibility of an education understood as a gradual introduction to knowledge of the truth, to the profound sense of reality, hence as a gradual introduction to the relationship with the Truth which is God, Christians are called to proclaim energetically the possibility of the encounter between today’s people and Jesus Christ, in whom God made himself so close that that he may be seen and heard. In this perspective the Sacrament of Reconciliation, which begins with a look at one’s actual condition in life, contributes uniquely to achieving that “openness of heart” which enables one to turn one’s gaze to God so that he may enter one’s life.

5. Lifeblood: Finally, in the same address the Pope talked about the lifeblood of evangelization which is holiness. The logic is simple and unbeatable:

In what sense then is sacramental confession a “path” for the New Evangelization? First of all because the New Evangelization draws its lifeblood from the holiness of the children of the Church, from the daily journey of personal and community conversion in order to be ever more closely conformed to Christ. Then there is a close connection between holiness and the Sacrament of Reconciliation, witnessed by all the saints of history. The real conversion of our hearts, which means opening ourselves to God’s transforming and renewing action, is the “driving force” of every reform and is expressed in a real evangelizing effort. In confession, through the freely bestowed action of divine Mercy, repentant sinners are justified, pardoned and sanctified and abandon their former selves to be reclothed in the new.

One thought on “Spiritual Lessons – Water and Blood”