Here is an interesting article from the BBC on the religious fault lines along which the Euro and European crisis are being debated. Some of this has been mentioned here, here and here. Below an excerpt:

Discussion among eurozone leaders about the future of their single currency has become an increasingly divisive affair. On the surface, religion has nothing to do with it – but could Protestant and Catholic leaders have deep-seated instincts that lead them to pull the eurozone in different directions, until it breaks?

Following the last European summit in Brussels there was much talk of defeat for Chancellor Merkel by what was described as a “new Latin Alliance” of Italy and Spain backed by France.

Many Germans protested that too much had been conceded by their government – and it might not be too far-fetched to see this as just the latest Protestant criticism of the Latin approach to matters monetary, which has deep roots in German culture, shaped by religious belief.

Churchgoing has been in decline in Germany as elsewhere as secularisation has spread, but religious ideas still shape the way Germans talk and think about money. The German word for debt – schuld – is the same as the word for “guilt” or “sin”. 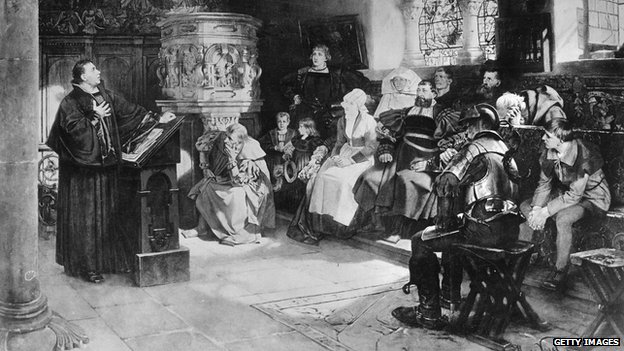