Much has been posted on the famed Kony 2012 campaign, with it’s 100 million hits, supporters and critics. The video begins with the premise of a new form of media allowing for a grassroots revolution. The fall of the campaign shows the double edged sword of modern media, with the same voices able to raise their disagreements and critiques. Pope Benedict XVI has spoken about these trends here and here. In the end, the star of the campaign Jason Russell came to a difficult ending, with a mental breakdown and arrest. Here a sympathetic take from Time Magazine:

When I spoke to him the second time, he told me most of the world seemed to view him “as the devil.” He also told me he hadn’t slept for nine days. Three days later he suffered what appears to have been a psychological breakdown and was found by San Diego police naked and kneeling in the street, slapping the pavement with his bare hands. At which point, the baying and blood lust only increased. Russell was down, naked and humiliated. Millions took that as a cue to point and laugh.

This is the other lesson of Kony 2012. Invisible Children have shown us the almost limitless, instant — and by that I mean wondrous — potential for engaging the world that our new media tools allow. But Invisible Children has also shown us the price we have to expect to pay for that: an almost limitless, instant — and by that I mean thoughtless — response. It’s been enough, apparently, to break Russell, someone whose intent, whatever you thought of his methods, was merely to shine a light on one of the world’s more forgotten, and nastiest, conflicts. Will anyone be brave enough to try to do the same again? 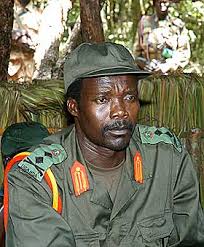 But the critiques about the content of the campaign also have their place. Of the several criticisms to the campaign, the best one seemed to me to come from Ugandan Teddy Ruge (linked to The Guardian thread on Kony 2012) “who runs Project Diaspora, an American group working to “mobilise the African diaspora in the states to engaged with the continent”… Teddy wrote this blog about the campaign. He said:

What I’d really like is for organisations like this to have a little bit more respect for individuals like ourselves you have the capability to speak for ourselves. By putting themselves as the heroes of our situation it debilitates our own ability to progress and develop our own capacity. Every time we take a step forward to rebrand ourselves, something comes along like this and uses us in their own game. We are left as the pawns in the game. Without a better brand we cannot develop better international relations. We need to change the image of Africa as a basket case.

The man [Kony] hasn’t been in the country for over six years. You know that the majority of the audience is a bunch of teens and ideological college students who just want to do good. They don’t understand the nuance of the situation. They will take it as the only story about that issue. If we don’t stand up as members of the Africa diaspora, the educated elite of the continent, this story won’t change. We recognise the situations, we know what they are, it’s not everybody’s responsibility to come and rescue us. We’re not babies. We have to rise ourselves otherwise we’ll always be the dependants.

All ill roads are built on good intentions. Meaning well doesn’t give you the right to march into my house and tell me how to live. It does not offer you that right. Uganda is my country, my brothers, cousins and countrymen. Because I have the privilege to be in the States and I have a forum which is listened to, it’s my responsibility to stand up and say something. Just because you mean good doesn’t give you the right to control my life. I don’t care if you mean good.

Uganda needs to be respected as an equal participant in this, we need to be respected as equal citizens of his world. We need to understand that there is more to us than the failures of our past. The US isn’t defined by civil war or 9/11. Uganda is strong, vibrant, developing technology, industry, the resilient women are rising in civil groups, that’s what I want to talk about.

Kony is nowhere near the top of the concerns for us Ugandans. If you go to Gulu, where the worst of his atrocities were committed, it’s a different town. It’s thriving, growing, people are trying to put their lives together. Kony is a sore in our history. We are not defined by him or Idi Amin

What will a $30 kit do? Did I ask you to sell my story for an action kit to make uninformed college students feel good?

This echoes so many things Pope Benedict XVI and the Church have mentioned about development and Africa:

1. Changing the image of Africa: here and here.

2. How the problems of the West lead to problems in Africa: here and here.