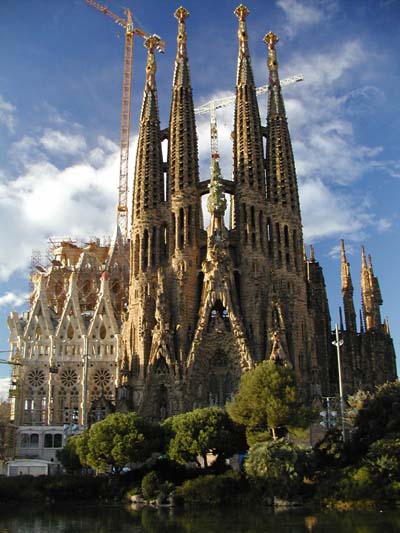 On his trip to Spain Pope Benedict XVI spoke many times about Gaudí, the architect of the Sagrada Familia church. More than once, when talking about Gaudí’s inspiration the Pope recognized the 3 books: book of nature, Scripture and Liturgy. This is what he said on the Homily at the Sagrada Familia (1) and then similar words on the flight to Spain (2):

Plenty to digest here, on how nature speaks to something greater than itself, pointing to God. By engaging nature in this fashion, Gaudí is allowing for one alternative in which the world can channel its appreciation for nature. Also, Guadi’s work may serve as a synthesis, indeed an example, of the cultural engagement that the Church must participate in, as reminded in an address on  the importance of the social doctrine of the Church, and it’s need to engage…

great centers of formation of world thought — such as the great organs of secular press, the universities and the numerous centers of economic and social reflection — which in recent times have developed in every corner of the world.